CashEssentials is an independent initiative offering a platform for debate about the payments and monetary ecosystems, and conducting and fostering high-quality research on cashMoney in physical form such as banknotes and coins. and its future.

Every day billions of banknotes and coins changeThis is the action by which certain banknotes and/or coins are exchanged for the same amount in banknotes/coins of a different face value, or unit value. See Exchange. hands, enabling transactions and contributing to economic growth. Banknotes and coins are a collective good. They are issued by central banks or monetary authorities, distributed by banks and spent by individuals.

Because it is a common good, the evolution of cash is shaped collectively. Central banks may decide on the design and the denominationEach individual value in a series of banknotes or coins. mix; commercial banks facilitate the distribution by deploying ATMs and branches; retailers facilitate its acceptance; but it is ultimately the consumer who drives demand.

This website was launched in April 2016. The original content is based on the white paper Cash Essentials – Beyond Payments, written by Guillaume Lepecq in 2016.

Guillaume Lepecq is a globally recognized expert in the subjects of payments and cash and founder of AGIS Consulting, an independent strategy consulting company specialised in payment transaction strategies & solutions. AGIS focuses on providing payments professionals with value-added business insight & marketing solutions in the payments value chain. He has written a number of publications and reports detailing the role of cash in society and the means by which it flows across the economic landscape including: “Cash Essentials – Beyond Payments”, “The Future of Cash”, “The Future of Smart Payments” and “Managing the Changeover to the Euro”. 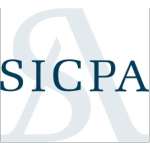 Founded in 1927 and headquartered in Lausanne, Switzerland, SICPA is a privately owned company, providing secured identification, traceability and authentication solutions and services. 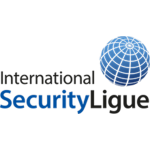 Founded in 1934, the International Security Ligue is a worldwide association of the leading companies in the  area of private security. Over the years the Ligue has played a vital role in defining, establishing and maintaining the highest ethical and professional standards of the private security industry, worldwide. This has been achieved through the exchange of ideas and experiences between the members of the leading companies from the represented countries.

Founded in 1997, ATMIA is the leading non-profit trade association representing the entire global ATM industry. It serves more than 11,000 members from over 650 companies located in 70 countries spanning the entire ATM ecosphere, including financial institutions, independent ATM deployers, equipment manufacturers, processors and a plethora of ATM service and value-added solution providers.