Categories : Cash connects people, Cash is a social network
Tags : Asia, China, Coins
A medieval Chinese coin that was found in England has triggered the curiosity of historians. Should it turn out to have been brought to Europe more recently than the 14th century, it reminds us about the role of cash in human exchanges in the past and present.
Communication Team / Equipo de Comunicación
view more articles

Although it is still uncertain whether the ancient Chinese coin that was found in the Vale Royal area of Cheshire, England is truly a medieval find (sceptics believe it’s more likely a loss from a curated collection), it brings up some interesting facts about currencyThe money used in a particular country at a particular time, like dollar, yen, euro, etc., consisting of banknotes and coins, that does not require endorsement as a medium of exchange., trade and travel in the Middle Ages.

The coinA coin is a small, flat, round piece of metal alloy (or combination of metals) used primarily as legal tender. Issued by government, they are standardised in weight and composition and are produced at ‘mints’., found to be a product of the 11th century Northern Song dynasty, is the only one of that era to ever have been discovered in Britain. Given its uniqueness, it has triggered the interest of archaeologists and historians, including Dr. Caitlin Green who wrote an extensive blog on the topic. 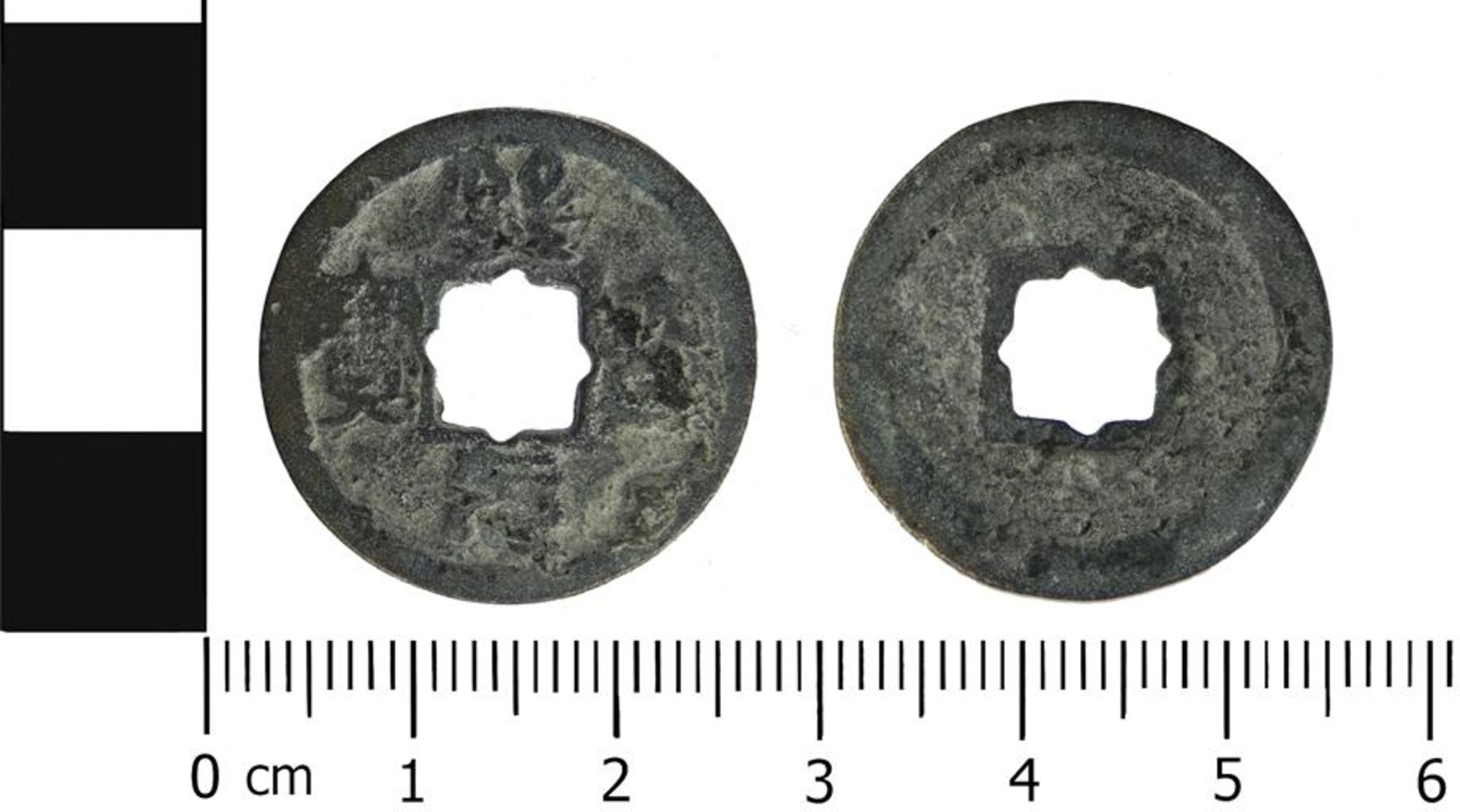 Dr. Green explains that these copper alloy coins were produced in large quantities around the end of the 10th and beginning of the 11th centuries (AD 960–1127) but that 88% of them were still in used through the 14th century, inside and outside China. This could support the argument that the coin actually made its way to Europe late into the same period, an era when other Asian artefacts were also found to be imported to Britain.

The historian argues that there are numerous reports of British and Irish nationals that travelled to and from East Asia during the 13th and 14th centuries, but also of Mongol envoys (Tartars) visiting England and a case of a Turkic/Chinese Christian monk who went as an emissary to Europe around that time, to name a few known cases of fascinating voyages.

Despite frequent scepticism that surrounds such “surprising finds”, Dr. Green brings out a number of interesting arguments that support the theory of this coin being a true medieval discovery. Should this ever be disproved, the research and logic behind her arguments undeniably allowed us to travel back in time into this captivating era of conquests, expeditions and international commerce demonstrating the central role that currency, and cashMoney in physical form such as banknotes and coins., play in human exchanges – both in the past and in the present.