Speaking at the 2016 World Economic Forum in Davos, John Cryan, the CEO of Deutsche Bank, predicted “Cash I think in ten years time probably won’t (exist). There is no need for it, it is terribly inefficient and expensive”. Mr. Cryan also focused on the way in which cash supports the underground economy.

Surprisingly, 10 months later, Deutsche Bank Research, the macroeconomic analysis arm of the group, publish an interesting report entitled Cash, freedom and crime – Use and impact of cash in a world going digital.

The report observes that “demand for euro cash is on the rise”. Euro notes in circulation trebled in value between 2003 and 2016. But the report also stresses that “abolishing cash will not eliminate profit-driven crime”. Moreover, the report provides some striking illustrations that cash and crime are not connected. 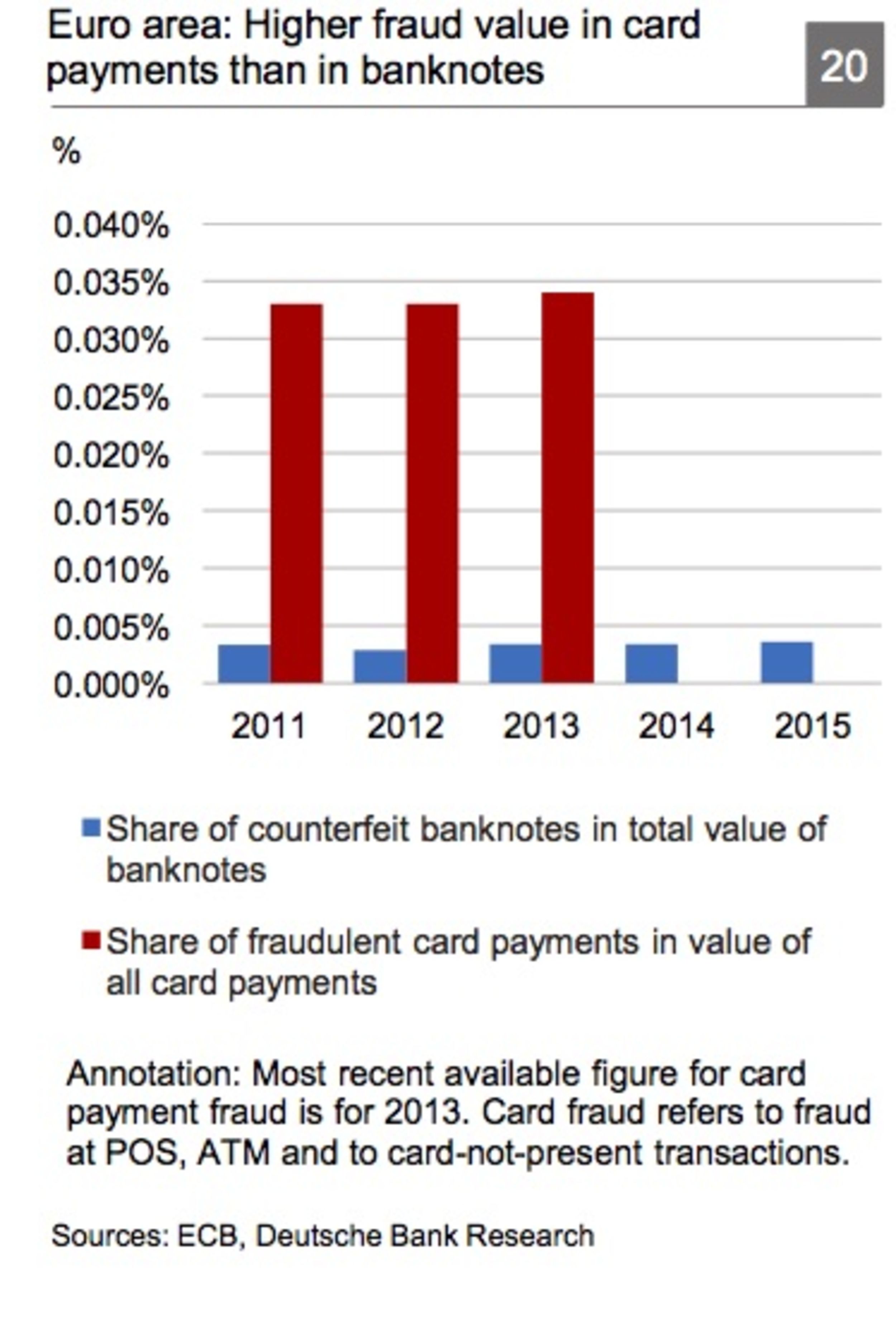 Related
As Digital Payment Fraud is on the Rise, Euro Banknote Counterfeiting drops to Historically Low Level
Guillaume Lepecq
The number of counterfeit euro banknotes withdrawn from circulation in 2020, has dropped by 17.7% in a year and has reached a historically low level in proportion to banknotes in circulation.
Read more...
ECB Digital Euro Consultation shows Payment Privacy is the Main Concern
Read more...
Cryptos Consume more Energy than Expected
Read more...
Are Self-Cleaning Banknotes the Future of Cash?
Read more...
Institutional Hostility to Cash and Covid-19
Read more...
Sweden Launches Investigation into the Role of the State in the Payment Market
Read more...
Foreign Currency Fundraising: How Can You Help?
Read more...