CashTech is the encounter between cash and technology. It brings together companies who leverage software and modern communications technology to improve cashMoney in physical form such as banknotes and coins. services – including access for consumers and businesses, facilitating the acceptance of cash by retailers across all channels, and enhancing cash’s overall efficiency, resilience and sustainability.

As banks reduce their cash infrastructure (branches, ATMs and cash centres) in most advanced economies, CashTechThe expression was first coined by CashEssentials and is the encounter of cash and technology. It brings together innovative companies who leverage software and modern communications technology to improve cash services: access to cash; acceptance of cash; and the efficiency of the cash cycle for all stakeholders. has moved quickly to fill the gap and complement traditional channels for the smooth distribution and circulation of cash. Other innovators are enabling consumers to pay in cash for their online shopping.

The CashTech Innovation Awards celebrate the tremendous advances in harnessing digital technology to ensure an accessible, reliable and sustainable future for cash.

The Best CashTech Award was jointly presented to DBS and Koenig & Bauer BanknoteA banknote (or ‘bill’ as it is often referred to in the US) is a type of negotiable promissory note, issued by a bank or other licensed authority, payable to the bearer on demand. Solutions.

Singapore-based bank DBS deployed pop-up ATMs for the distribution of new banknotes to discourage customers from overcrowding bank branches during the pandemic. New notes are popular during the Lunar New Year celebrations amongst the Chinese – who form a 70% majority of Singapore’s population. The notes, which symbolise ‘new wealth’ and prosperity, are placed into red packets and given to families and friends. 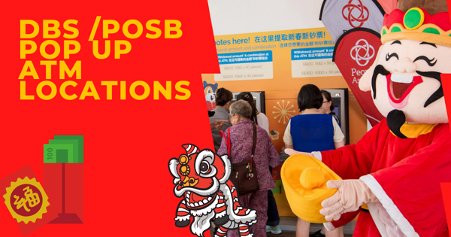 DBS is also the first bank in Singapore to integrate coinA coin is a small, flat, round piece of metal alloy (or combination of metals) used primarily as legal tender. Issued by government, they are standardised in weight and composition and are produced at ‘mints’. and cash deposits in a single transaction, allowing customers to complete their tasks at a quicker pace. The lack of facilities to deposit coins presents a significant barrier to an efficient cash cycleRepresents the various stages of the lifecycle of cash, from issuance by the central bank, circulation in the economy, to destruction by the central bank.. The DBS solution is its ‘Bank-in-a-Box’ terminal, which features an ATM with a coin sidecar and can handle mass market and corporate deposit coin volumes, and integrate them into a single deposit channel.

Koenig & Bauer Banknote Solution is a manufacturer of specialised high-security printing machines. It has developed ValiCash™, the first application to authenticate banknotes via mobile phone, bridging the physical and digital worlds. The application authenticates banknotes based on a structural analysis of the Intaglio print and more generally on specific optical characteristics of high-security printing processes, including OVMI (Optical Variable Magnetic Inks) elements and holograms. The significance of ValiCash in terms of CashTech is that it enables banknotes that are being recirculated via retailers or other non-bank operations to be authenticated without first going through an ATM recyclingThe process of converting waste materials into new materials and objects. Banknotes are increasingly recycled after destruction, and the waste is often used for landfills, isolation material etc. Polymer notes are melted into pellets which are recycled into new products. Recycling is often incorrectly used instead of recirculation. See Recirculation. or banknote processor device as typically installed in bank branches or cash centres. 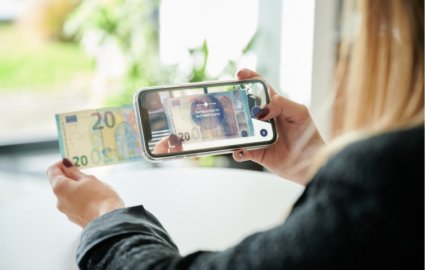 The Best CashTech Innovator was presented to Sonect. The Swiss-based company was launched in 2016 and has developed a virtual ATM network connecting consumers who want to withdraw cash, with merchants who want to deposit cash. The app-based solution creates value for all parties in the cash cycle: consumers benefit from convenient and secure access to cash; retailers see their cost of handling cash reduced and their foot-traffic increased; banks reduce their operational costs. Sonect has a network of 2,300 locations in Switzerland and is available at all major Swiss banks. It is now extending its operations to the UK and Italy, and received its first licence to operate in Mexico as well last month. 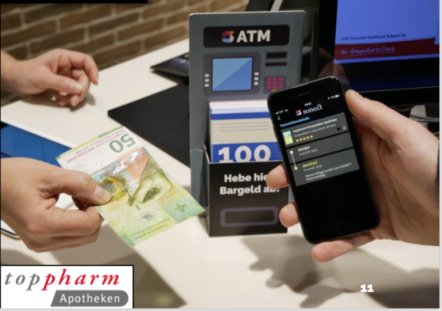 The Best CashTech Start-Up Award was won by Clip MoneyFrom the Latin word moneta, nickname that was given by Romans to the goddess Juno because there was a minting workshop next to her temple. Money is any item that is generally accepted as payment for goods and services and repayment of debts, such as taxes, in a particular region, country or socio-economic context. Its onset dates back to the origins of humanity and its physical representation has taken on very varied forms until the appearance of metal coins. The banknote, a typical representati.... The North American company has combined a mobile app with a cloud-based transaction platform, secure connected cash deposit devices and management software to deliver an end-to-end deposit solution to businesses, whoever they bank with, with the universal deposit devices available in convenient locations 24/7 such as shopping malls. As the footprint of bank branches reduces, this service is helpful both to business in making available deposit facilities in convenient location such as shopping malls,  and banks in helping them to reduce costs, manual process and in-person transaction processing. 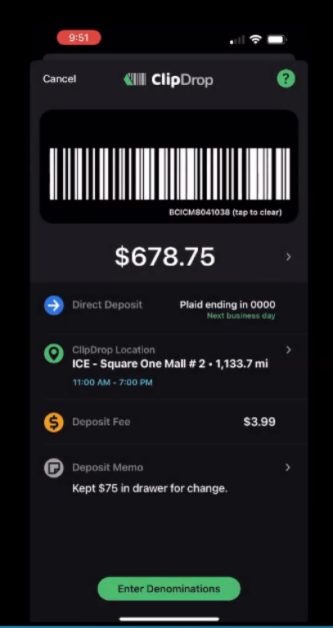 “The diversity of the winners of the first CashTech Innovation Awards demonstrates the wealth of innovation that is taking place within the cash cycle.  It contributes to make the cash cycle shorter, more efficient, and more sustainable. It brings cash closer to the people for whom access to cash is a fundamental right.” said Guillaume Lepecq, Chair of CashEssentials.