Cashless: not so fast!

Advocates for a cashless society should better focus on consumer needs instead of blindly advocating for a system that will only leave the most vulnerable stranded. For starters, the world is far from being digitalized, but there is also another issue that is not discussed as frequently: financial inclusionA process by which individuals and businesses can access appropriate, affordable, and timely financial products and services. These include banking, loan, equity, and insurance products. While it is recognised that not all individuals need or want financial services, the goal of financial inclusion is to remove all barriers, both supply side and demand side. Supply side barriers stem from financial institutions themselves. They often indicate poor financial infrastructure, and include lack of ne....

Recently published World Bank data shows that there are 1.7 billion adults that have no access to a bank account, China accounting for 224 million of those followed by India (191 million) and Pakistan (99 million). But that’s not all. These data are skewed because they only focus on how many accounts exist worldwide without taking to account whether these are being actively used. 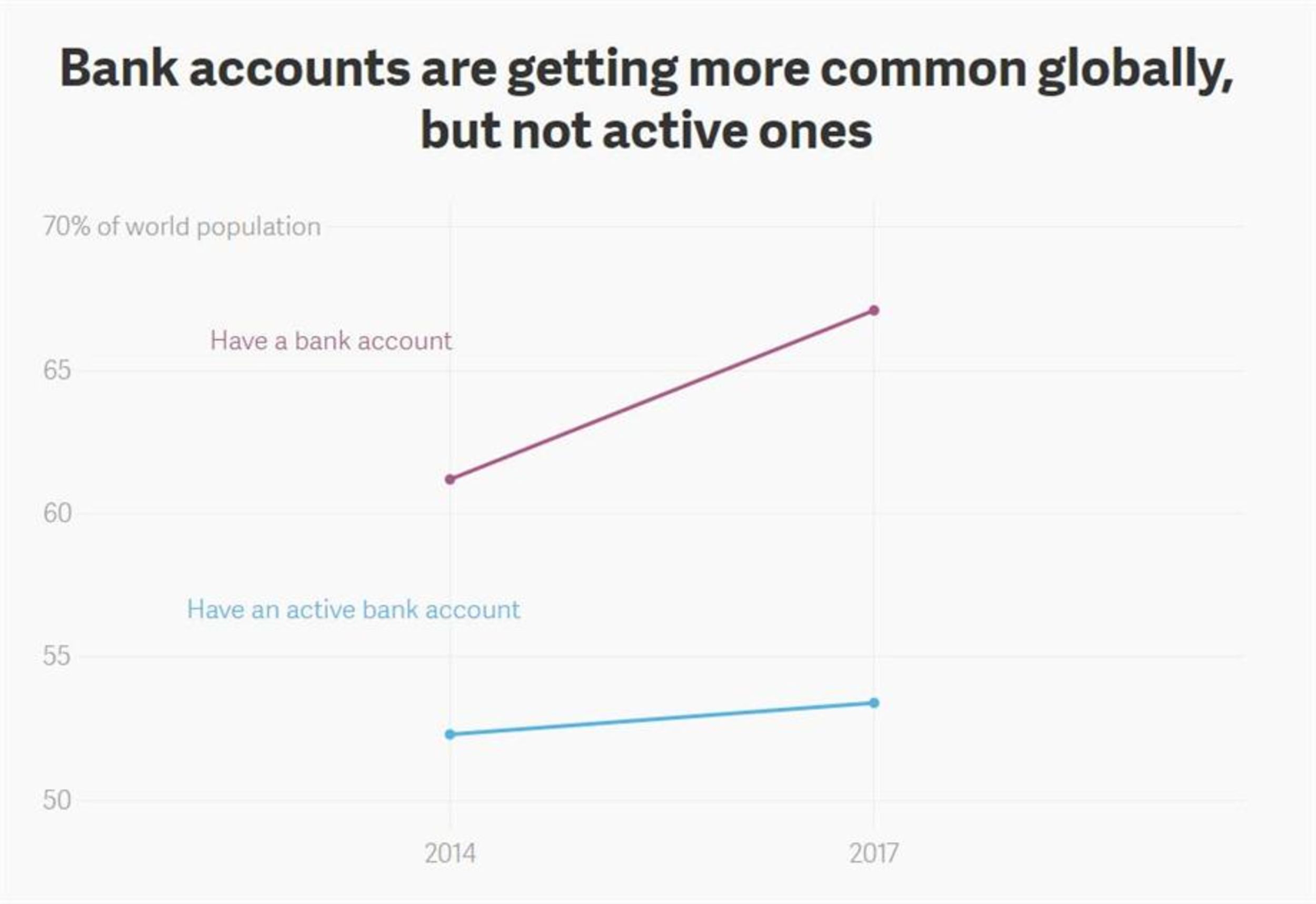 Source: Data from the World Bank, chart from Quartz’s Atlas.

In the Quartz article “Almost half of the world’s population still doesn’t use a bank account”, Dan Kopf argues that although the number of people with a bank account rose from 62% to 69% from 2014 to 2017, the percentage of active accounts only rose by 1% from 52% to 53%. Indeed, many people might feel the pressure to open a bank account, like in the case with India and its demonetization strategy, but once its open, they never make use of it.

The Center for Financial Inclusion, an NGO, noted that almost 370 million Indians are in possession of a dormant bank account which is equal to almost half of the 80% of Indians that currently have an account. In some countries, the number of bank accounts per adult are even falling, such as in Nigeria and Mexico.